Many Dozens Of Toxins Are Lurking In Our Bodies! 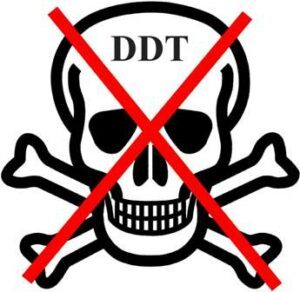 Back in the 1940s and 1950s, DDT was commonly being used as a pesticide throughout the United States.  Several decades later, after determining that DDT was a dangerous carcinogen (cancer causer) it was banned, in 1972, by federal law.

Now, here we are – almost 50 years later – and DDT is still lurking – in the air – in water (both ground water and rain) – in the soil – and in a plethora of plants and animals.  Humans who eat meat, chicken, fish, fruit, leafy greens, or root vegetables – like potatoes, onions, and radishes, etc. – are still being exposed to it on a large scale.

Organophosphate came on the scene as a replacement.  But, due to it being a “suspected” carcinogen, this chronically toxic poison was banned for residential use while continuing to be used in commercial agriculture – as well as a mosquito killer in many areas of the country.  Though use of this dangerous toxin is in the process of being phased out, it is still widely used.  It enters the human body through breathing, ingesting, and skin contact.

Xylene, which attacks the central nervous system, is another nasty chemical used in gasoline – as well as paint thinner, varnish, and stain.  Inhalation and skin contact can lead to headaches, extreme fatigue, loss of hearing – and, a host of mental issues – to include reduced ability to concentrate, loss of memory, bad temper, depression – and more.

These are but a few of the hundreds – or thousands – of chemicals that may be streaming through our bodies at any given point in time.  And, some of them – like mercury which is still commonly used in thermometers, barometers, and street lights – never leave the body.  They only increase in concentration with each day they are absorbed. 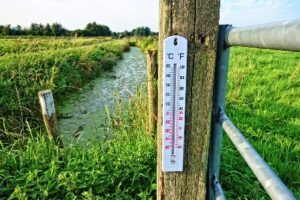 We all should know how exponentially dangerous mercury is to all living things!  Inhale the vapors and get ready to damage your central nervous system – your immune and digestive systems – your lungs and kidneys – it’s lethal!  Mercury salts will corrode skin, eyes, and internal organs.  This stuff can and will kill you!  With the introduction of digital technology, our exposure to this cataclysmic hazard is slowly lessening.

The good news is – medical mercury thermometers are banned in almost half of the states in the United States.  I guess the “powers that be” have finally taken notice about the incredible dangers that mercury presents.  It is very tough to find a mercury thermometer anymore.

Safe digital thermometers have taken their place and they’re much more accurate!  You just have to replace those evil little button batteries when needed.

And, stay away from glass thermometers containing a red liquid – which is a globular mixture of red dye and alcohol.  They have a very poor accuracy – and, you can’t shake the liquid down as easily.  It takes a trip to the refrigerator to cool them down for a few minutes.

Also, let’s not forget all the dangerous substances that are used to produce a variety of personal care products – shampoos, cosmetics, detergents (for clothes and dishes), household cleaners – and on and on.  These can and will be readily absorbed through the lungs and skin.

Who Is Most At Risk? 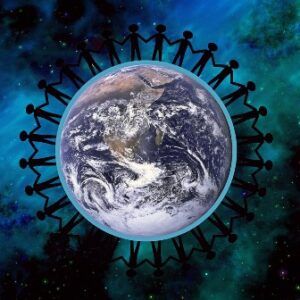 I think EVERY HUMAN ON EARTH is in peril!

Just about every product on the planet is made possible through the “wonders of chemicals” – and all of us are exposed to hundreds – or, even thousands – of them constantly – on an ongoing basis.  Though many of them are safe, many are not.

Almost 5% of adult men are exposed to at least one carcinogen every day of their lives.

That percentage doubles when looking at the exposure of adult women – mostly because they consume many more personal care products – lotions, moisturizers, cosmetics – and so on.

Kids are the segment of our population that are most in danger! 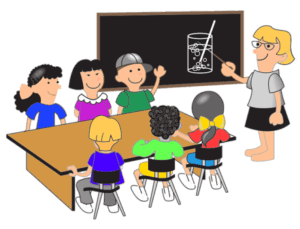 What in the world can we do?

Help is on the way!

Next up – the best ways to cleanse your body of toxins!

Besides limiting the intake of alcohol, not smoking, eating healthy, exercising, and drinking lots of water, there are some additional avenues to pursue that will speed up the process of getting those nasty pollutants out of you.

Oil Pulling To Make You Shipshape!

Swishing a tablespoon or two of a special oil around in your mouth for 10 to 20 minutes every day can do wonders for your health.  There are literally dozens of diseases that this ancient practice – originating in India – has been known to cure.

After completing an oil pulling session, spit the oil out into a trash can – or somewhere else besides the sink.  Never spit it into a sink because, it can eventually clog up the drain pipes due to toxins sucked out of your body with the oil.  Some of the fat in which toxins get trapped is “pulled out” too – and, when fat cools, it hardens in the pipes – eventually causing pipe blockage.

Both of the sources of oil I use for my oil pulling are organic and cold pressed.

My favorite is coconut oil because the flavor is much more agreeable.  I use Viva Naturals Organic Extra Virgin Coconut Oil.  It is unrefined and cold pressed – and, it is made from fresh, organic coconuts.  I even use it as a substitute for cooking oil – both frying and sautéing.

My wife also uses this coconut oil as a skin lotion and hair conditioner.  It keeps her skin smooth, supple, and young-looking.

Sometimes, I use an out of the ordinary cold pressed, organic sesame oil – called, Kevala Organic Sesame Oil.  This product is made with organic sesame seeds.  It’s a premium oil that also works great as an “oil alternative” for sautéing, salad dressings, and baking.

If you want to give a “close” friend a wonderful, relaxing deep massage, this would be the best oil to use!

The greatest value is the one gallon jug.  So, keep some Kevala Organic Sesame Oil on hand.  It works surprisingly well!

An unexpected perk with oil pulling is that it will strengthen your gums, whiten your teeth, and seriously eliminate bad breath!

Drink Apple Cider Vinegar (ACV) For A Healthier You!

I bet you never thought about drinking a daily dose of apple cider vinegar, did you?  Sounds too sour and revolting!

But, downing a couple tablespoons of it once or twice a day has some amazing health benefits!  To lessen the acrid and sour taste, I add the vinegar to a glass of water – along with several tablespoons of honey – for a refreshing and healthy drink.

Make sure you get unfiltered, unheated, and unpasteurized apple cider vinegar – with the “mother.”

The “mother” is the cloudy substance in raw vinegar – rich in healthy natural protein, enzymes, bacteria, and acetic acid.  “Mother” is naturally formed during fermentation.

Drinking ACV as a daily regimen is a great tool for detoxing your body! 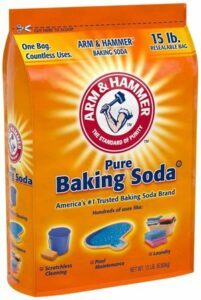 Add a tablespoon of baking soda to a cup of water – and drink it once a day.

This is a magnificent way to improve the purity of your blood – allowing it to flow more freely by breaking down any blockages.  When the blood circulates better, you’ll have more energy, better digestion, increased immune system effectiveness and an overall feeling of well being.

Drinking baking soda water has been shown to improve kidney functions, too – as toxic chemicals vacate them.

Added benefits to this daily practice is better digestion, elimination of acid reflux, and less bloating – because, it neutralizes excess acid in the stomach.  You will never again need to take Alka-Seltzer.  And, baking soda is much, much less expensive!

I choose Arm and Hammer Baking Soda – in a 2 pack (15 pounds for each).  This is the most reasonably cost effective way to get pure baking soda. 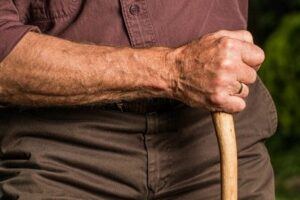 Believe it or not, I religiously use all of these methods to rid my body of excessive toxins and contaminants every single day – seven days a week.  I have done this for more than 6 years and I continue to feel healthier and more energetic than I ever did in the early days of my youth!

At one time, I had arthritis pain in both of my arms.  I could not raise my arms above my shoulders.  I also had recurring bouts of acid reflux.

Within several months of doing these three things daily – oil pulling – drinking my vinegar and honey water – and drinking my baking soda water – I had no more pain when I lifted my arms high into the air!  Plus, the acid reflux never again reared its ugly head.

These positive results could be a mere coincidence – but, I’m sold on this daily regimen of cleansing therapy!

Comment below – or email me, noah@apathtoabetterlife.com.  Let me know if you have had any experiences with some or all of these detox methods.  I’d love to know how they have helped you!

6 thoughts on “Best Way To Cleanse The Body Of Toxins”