Isn’t It Just A Christmas Song?

That’s probably what most think – that this is just a song heard every year at Christmas time – a repetitive, and, at times, monotonous rendition of a variety of gifts given over a twelve day period.

But, I beg to differ.  It is so much more than just a little ditty that crops up every Christmas – and, is sung by amateurs and professionals alike. 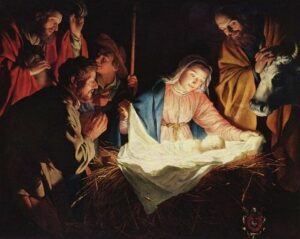 The actual official “twelve days of Christmas” start on December 25th each year – which is the arbitrary date we place on the birth of Jesus.  The birth date of Christ, 25 December, has been a pretty solid guess since the third century A.D. – and takes into account that Jesus’ mother, the Virgin Mary, conceived during the Spring equinox – around March 25th.  Add nine months for her period of pregnancy – and we arrive at December 25th as the probable date of Jesus’ nativity – the dawn of the Savior of the human race. 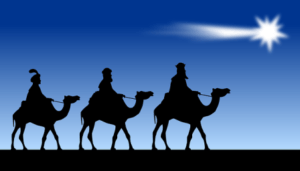 The reason for the number – twelve – is that it took that many days for word to spread throughout the ancient world – which culminated in the Magi – labeled the three kings – or, the three wise men – making the trek to Bethlehem – to bestow their special gifts upon Jesus.

Gold – A symbol of being a King (of the Jews) – as Jesus was hoped to become at the time.

Frankincense – A type of incense that evokes the notion that He “comes from God.”

Myrrh – An embalming oil symbolic of one who is mortal and would eventually die – just like all mortals do.

Thus, the “twelve days of Christmas” begin on December 25th and finish on January 5th each year.

Just don’t tell your kids – unless you’re ready to provide them with gifts each and every day during the “entire Christmas season.”  Keep it to yourself – and you’ll enjoy the “reason for the season” without going broke!

Now, Let’s Talk A Little About That Song!

The Twelve Days Of Christmas – listen and watch – as the late, great John Denver sings it with the Sesame Street Muppets:

It has been said that during the Middle Ages in the bygone days of merry ole England, Catholics were banned from practicing their religion in public.

So, how could they teach Christian religious principles to their children?

Why not disguise it in the form of a Christmas song?  This is exactly what these religious “lawbreakers” decided to do – and the song, “The Twelve Days Of Christmas” was conjured up!

Now, About The Meaning Of The Song – The Twelve Days Of Christmas!

On The First Day Of Christmas, My True Love Gave To Me – A Partridge In A Pear Tree 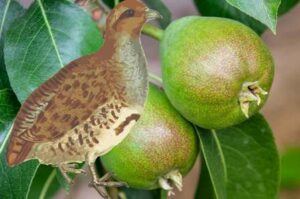 A partridge in a pear tree represents Jesus himself.  The partridge is a bird that will defend its children by risking its own life – just as we all know Jesus did – by offering himself to be crucified on the cross.  The pear tree signifies the cross upon which Jesus was slaughtered.

On The Second Day Of Christmas, My True Love Gave To Me – Two Turtle Doves 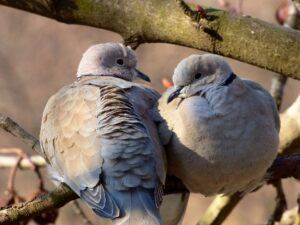 On The Third Day Of Christmas, My True Love Gave To Me – Three French Hens

Three French hens symbolize love (charity), faith, and hope – the three religious virtues that we should all aspire to – whether we are Christian or not.

On The Fourth Day Of Christmas, My True Love Gave To Me – Four Calling Birds

Four calling birds refer to the Gospels – Matthew, Mark, Luke, and John – which discuss four followers of Jesus who spread His Word far and wide – “unto the ends of the world.”

On The Fifth Day Of Christmas, My True Love Gave To Me – Five Gold Rings

Five gold rings are the first five books of the Bible – Genesis, Exodus, Leviticus, Numbers, and Deuteronomy – otherwise known as the Pentateuch.  The word “Pentateuch” is a Greek phrase – loosely translated to mean five books – or five scrolls.  In some cultures, the word “golden” is used instead of “gold” in the song.

On The Sixth Day Of Christmas, My True Love Gave To Me Six Geese A Laying

Six geese a laying corresponds to the time it took God to create the world – six days!  The eggs signify creation – or, new life.  The image of geese laying eggs relates to the hand of God passing over the void to create our world – as a place for new life to thrive.

On The Seventh Day Of Christmas, My True Love Gave To Me Seven Swans A Swimming 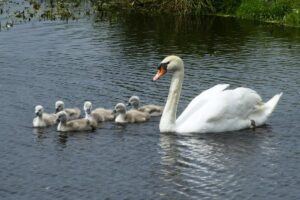 On The Eighth Day Of Christmas, My True Love Gave To Me Eight Maids A Milking

Eight maids a milking denote the eight beatitudes.  Now, what the heck is a “beatitude?”  It’s a Latin word meaning “blessed” – which relates to the eight basic blessings that Jesus talked about at the Sermon on the Mount.  To be blessed – is to be filled with happiness – by Jesus’ definition. 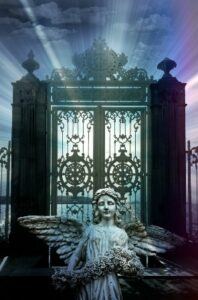 On The Ninth Day Of Christmas, My True Love Gave To Me – Nine Ladies Dancing 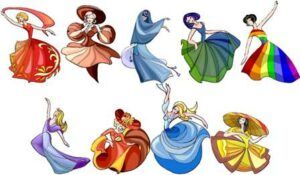 On The Tenth Day Of Christmas, My True Love Gave To Me – Ten Lords A Leaping

Ten lords a leaping are actually a metaphor for the Ten Commandments. 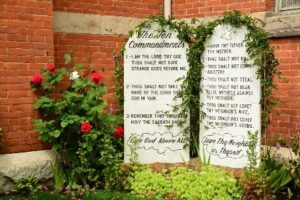 On The Eleventh Day Of Christmas, My True Love Gave To Me – Eleven Pipers Piping 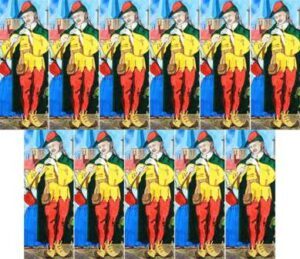 On The Twelfth Day Of Christmas, My True Love Gave To Me Twelve Drummers Drumming

Twelve drummers drumming are actually the traditional twelve beliefs of the Apostle’s Creed – based on the version put forth by the Catholic Church – to teach Catechism. 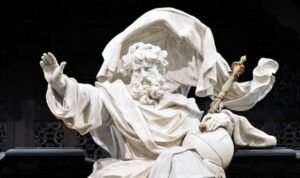 The twelve beliefs of the Apostle’s Creed are:

If all the gifts are added up, the total number of gifts equals 364 – one gift for every day of the calendar year – excluding Christmas day – the day of Jesus’ birth.

This chart gives the breakdown: 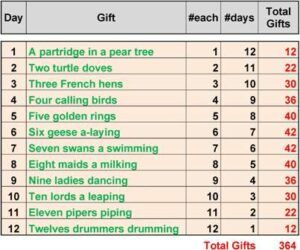 Either the leaders of the Catholic Church were extremely wise or, the King of England – who proclaimed the religion of the times to be Protestant – was unwittingly duped not to recognize this song as a simple way for priests to teach Catechism to kids without getting into trouble with the “law of the land” penalizing Catholicism.

Some Great Christmas Albums To Spice Up The Holidays!

Angels We Have Heard On High is one of Mulder’s breathtaking performances on this album:

In conjunction with the London Symphony Orchestra, and Andrea Bocelli, Ian Mulder offers up the most beautiful Christmas carols – pleasantly warm and emotional.  Christmas by Ian Mulder is truly a must have CD for the season!

My favorite on this CD is Silver Bells by Diana Ross and the Supremes:

Other amazing artists belting out great Christmas songs on this CD are Brenda Lee, Stevie Wonder, The Drifters, Connie Francis, Chuck Berry, Fats Domino, The Four Seasons, and just so many, many more – it would take a whole page just to list every one of them!  You will definitely want to have 100 Christmas Hits!

You’ll have tears in your eyes after hearing Elvis sing I’ll Be Home For Christmas on his Christmas album:

Just by itself, this Christmas album is more than worth the cash to have it on hand for the season of giving.  But, it comes with another great album by Elvis – The Wonder Of You – also recorded with The Royal Philharmonic Orchestra – which contains my all-time favorite version of Amazing Grace:

You can get both albums – Christmas and The Wonder Of You – as a package deal for a very low price.  Don’t pass it up!

Well, I hope that I’ve given you a new appreciation for a simply worded Christmas song – The Twelve Days Of Christmas.  A song that you may have once thought was just a silly set of senseless words put to music.

Leave a comment or email me, noah@apathtoabetterlife.com, with thoughts, suggestions – or, just a note of appreciation or criticism – whatever the case may be.

May your Christmas be as Merry as you want it to be – and then some!

22 thoughts on “What Is The Meaning Of The Twelve Days Of Christmas?”